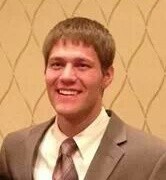 Cody, may be young but he is no stranger to the auction business! Helping in the family business Aasness Auctioneers his entire life he too shares the same dream as his Father did ... to be a Champion Auctioneer! Well the first step of fulfilling that dream happened in Jan 2013 when Cody was named the 2013 Rookie Champion Auctioneer at the Minnesota State Convention.

Cody plays an important role in the success of the Aasness Auctions. After attending Mayville State University North Dakota he has returned to his hometown to work in the Auction Company full time. He takes a great deal of pride in the high level of service the company offers. Cody puts his years of experience to good use from Bid Calling to Ringman, as well as assisting in the set up for the auctions. When you attend one of our next auctions, stop and introduce yourself. You soon will see this fine young man is a true professional and has a big heart for the success of the auction industry. 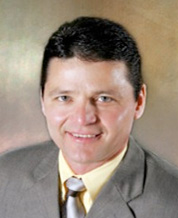 Cary is the Pres/CEO of United Country Aasness Auctioneers Auctions and Real Estate and has been a professional auctioneer for over 29 years. As Owner and Lead Auctioneer of the Auction and Real Estate Company, which specialize in Auctions as well as traditional Real Estate sales, Cary’s busy schedule is exceeded only by his passion for serving others through the industry for nearly three decades, and a desire to lead his nationwide company into the next decade and beyond. Born and raised on a farm and being around the outdoors he developed a love for the country, the land, the lakes and everything around it. He dreamed of someday becoming an Auctioneer, selling equipment, land and livestock and more. Cary began his career as a young man fresh out of college and has never looked back, led by a passion for what he loves to do and to help solve people’s need in marketing and selling their lifelong assets. Again Cary developed an early passion to work hard, exceed expectations and provide the best. These philosophies, again highlighted by those major points and that they will produce results, have served him well and are a mirror reflection of his career and that desire. Aasness has conducted well over 6000 auctions, including auctions in many states throughout the U.S.A., as well as his home state region of Minnesota, North Dakota and the Midwest. The United Country Aasness Auctioneers Auctions and Real Estates main Auction and Real Estate office is in Fergus Falls, Mn, as well as auction satellite offices in Dalton, Bemidji, and Pauls Valley, Oklahoma. Led by Cary as owner of the company, the Aasness Team specializes in Real Estate, Land, Lakefront and Ag Equipment Auctions along with classic farm tractors, farm and ranch, classic autos, commercial, sporting; and specialty auctions including firearm collections and antique memorabilia. Cary also networks as contract auctioneer and conducts fundraiser auctions across the Midwest and the U.S. Fundraiser highlights include selling a fishing trip at a 2013 Cystic Fibrosis Fundraiser Auction for a record setting $150,000, helping raise over $800,000 at the event to battle and champion Cystic Fibrosis. Cary also has conducted auto auctions throughout his career and was an auctioneer at the world renowned Barrett-Jackson Collector Auto Auction record setting 2006 35th Anniversary Auction, where over 125 million dollars of classic autos were sold in 6 days. Cary is the 2005 International Champion Auctioneer, winning the world title at the 2005 IAC championship and NAA conference held that year in Pittsburg, PA. Cary is also a multiple champion auctioneer. In addition to the International Auctioneer Champion title, Cary holds the titles of 1997 Rsv All-Around World Champion Auctioneer, 1999 North Dakota Champion Auctioneer and 1992 Minnesota Champion Auctioneer. As International Champion and NAA speaker, Aasness has conducted seminars in many states across the nation and has been an instructor at The World Wide College of Auctioneering. He is an active member of the National Auctioneers Association, Minnesota State Auctioneers Association, North Dakota Auctioneers Association and Oklahoma Auctioneers Association. He also served as the Minnesota State Auctioneers Associations president in 2001, served as a MSAA board of director and as a member of the NAA Fundraising Auction Committee and the IAC Auctioneer Championship committee. As a past international/World Champion, Cary has also had the great privilege of judging several Auctioneer Championships including the 2012 IAC Auctioneer Championships, the 1st International Jr. Auctioneer Championship held at the NAA conference/show, the GMLC Auctioneer Championship, as well as several state Auctioneer Championship contests across the United States. Cary and his wife Anita (UC Aasness Auctioneers Office Manager), have 3 children - daughter Amanda (Tech Specialist w/UC Aasness Auctioneers), married to (Trent) with 3 children, daughter Megan, (Reg Nurse) married to (Chris) with 2 children, and son, Cody (Auctioneer/Ringman w/UC Aasness Auctioneers). Cary and Anita are both active in their church and community. In their spare time they raise American Quarter Horses and are avid members/participants in the National Cutting Horse Association. Cary also is an avid sportsman and loves hunting, watching basketball and golfs when he finds the time. 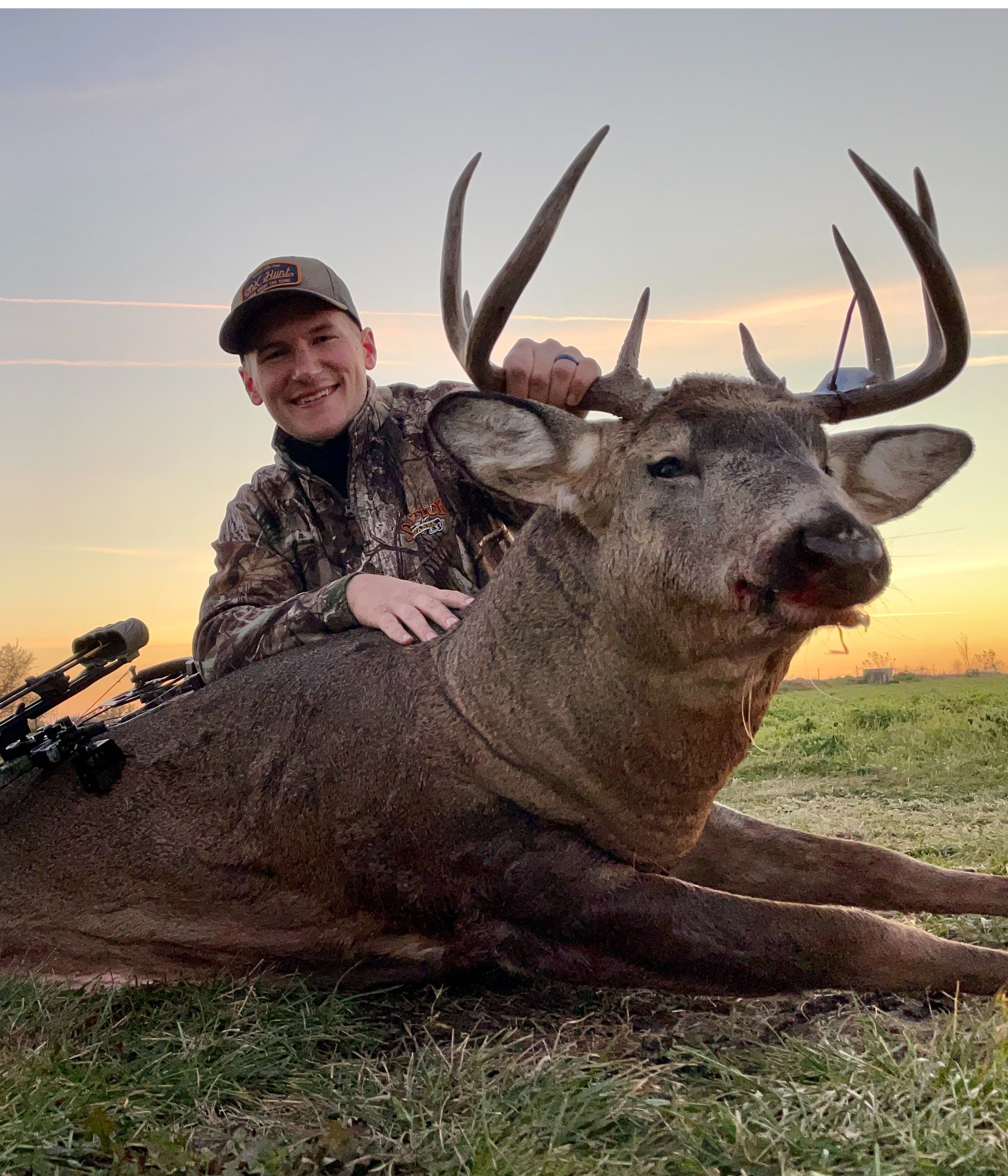 Kangas is an accomplished outdoor professional, inventor, and land manager previously working as a Product Manager at onXmaps, Inc. based in Montana that has brought a revolutionary product, onX Hunt, to the hunting industry. This is a hunting app that allows users to see private and public parcel information across the entire US, not to mention features that allows users to markup and explore aerial terrain. This product ties right in with his desire to have a career around land.

Born and raised on the Iron Range in Minnesota, Kangas has been tied to the land and water from a very young age. Since age 12, he has been a diehard bowhunter and land steward building plenty of experience across the midwest to understand markets, land improvements, and hunting techniques to bring value to landowners and obsessed hunters like himself.

Kangas has now stepped into Real Estate as a new agent serving others with their lifestyle and hunting land needs backed with decades of experience through a profound team of Auctioneers with Aasness Auctioneers, Lifestyle Real Estate Professionals with United Country, and The Top Hunting Brand with Realtree. By choosing Kangas you are choosing the whole team!

Located in Alexandria, Minnesota, Kangas is excited to help bring value across Minnesota and the Midwest to help landowners properly sell their property and to help others find their dream property. Whether that be a beautiful cabin tucked along a quiet lakeshore, or that premier hunting property for family and friends to share hunting stories and create their legacy.

You can usually find Kangas hunting or fishing if he isn’t on the land improving food plots, access roads, and timber stands for his clients because Kangas doesn’t just stop at real estate transactions he is there to be on your team for life.

If you are interested in selling or buying hunting land, recreational property, lake frontage, or anything else that fits your lifestyle, reach out to Kangas today! He is there to help you reach your lifestyle goals! 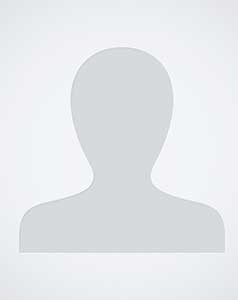 Anita coordinates all office management on a daily basis as well as advertising, marketing and settlement of the auctions. Her professional background includes Online Marketing, Clerking, Cashiering, On-site Computer Technician, web- site application, E-mailing, Brochures, Advertising, and Appraisals. As Marketing Manager, Anita oversees all aspects of advertising and promotion, from design and production, to public relations. Anita also from time to time will be called upon as an auctioneer and does very well. Anita is also active in her church, community and loves being a grandma to her little granddaughter and grandsons.